Judge just returned from the 2007 Athens Service Dogs of America trial where he received his first competition titles. He received both a Family Obedience Title as well as a Protection Alert Title. Not only that, he placed SECOND in the 3 day event for his Family Obedience. AND, he placed SECOND in event for his Protection Alert. Pretty good for our Young Expecting Father! His first sired litter will be here in November. Watch for Photos! 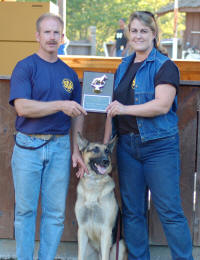 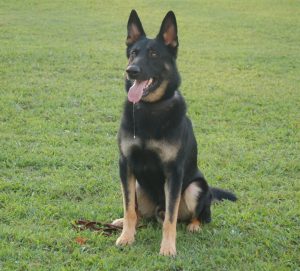 P.S. Don’t let the photos scare you — Judge is a love bug. The man in the photo on the right is the same guy that is in the photo in the middle!