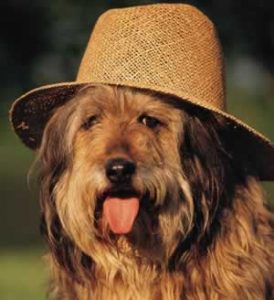 The Wilson family had puzzled over their mutt Drake’s distinctive behavior since they brought him home from the Washington Animal Rescue League four years ago.

Workers at the shelter told them the dog was a mix of spaniel and Plott hound. But his propensity to leap over 4-foot fences and herd family members as if they were livestock had them thinking border collie. The answer to Drake’s past came in the form of a $65 DNA test that promised to scour his genes for signs of the breeds in his family tree.

“We were always curious as to what breeds went together to create him,” Marcy Wilson said. “We just assumed we could never find out.”

Not long ago, genetic testing was a rarefied pursuit used primarily to settle paternity suits, diagnose medical conditions and identify rapists and killers. Now DNA testing has gone to the dogs. With sequencing technology becoming less expensive, dog owners are having their pets tested – and sometimes finding that unraveling the mysteries of their genetic code can be a mixed blessing.

For less money than a luxury shampoo and doggy massage, owners of Canis familiaris can uncover their pooch’s ancestry or take an inventory of its constituent breeds. The tests can also reveal debilitating health problems and other genetic surprises.

“If you’re an animal lover, you can’t resist this,” said Jan Lovelady, a nurse administrator in Gilbert, Ariz., who had her mutt’s DNA analyzed to see which breeds were in his lineage.

Half a dozen or so dog DNA analysis companies have sprouted across the U.S., and peddle their services at dog shows and over the Internet. The companies guard their sales figures closely, but each claims to have tested several hundred to several thousand dogs. The DNA of 400,000 purebred dams and sires has been registered with the American Kennel Club, which has required breeders to submit genetic samples since 1998.

But the rush to genetically type man’s best friends has raised many of the same concerns as the typing of man himself. “It’s one more way of codifying the American cultural belief in genes as the foundation of everything important,” said Donna Haraway, a historian of science and culture at the University of California, Santa Cruz. “I find it mildly disgusting.” Then again, as the proud owner of two dogs, she added: “I might actually buy such a test.”

Dog DNA tests generally fall into three categories: proof of maternity or paternity, genealogy, and identification of mutations associated with disease. Genetic tests are available for other animals – to determine the sex of birds, for instance, or the coat color that cats may pass to their kittens. Far more can be gleaned about dogs because of their use in medical research for human diseases, including cancer, heart disease, blindness, epilepsy and diabetes. The complete dog genome was published in 2005, making it the fifth mammalian genome decoded, after humans, mice, rats and chimpanzees.

The earliest consumer tests stemmed from the American Kennel Club’s attempts to ensure the validity of pedigrees for 155 breeds of dogs.

For many dog owners, the allure of peering into DNA stems from a simpler desire. No matter how well they think they know their dog, there is always a sense of mystery about them. Rob and Carole Sims of Morrisville, N.C., turned to DNA to answer a question that had stumped them for years: How could their two golden retrievers – born of the same mother and father – be so maddeningly different? Liberty was gentle, mild-mannered and easy to train; Justice was the complete opposite. It drove the Simses crazy. Had there been a mix-up at the kennel? Did they take home the wrong dog?

Rob Sims mailed swabs from the dogs’ cheeks to a lab in Ohio that charged $35 for each test. The results arrived 10 days later. “As soon as you open the report, it’s crystal clear – they’re sisters,” he said. The DNA results did little to explain why the sisters were so different. But it helped him to accept Justice for the dog that she is. As the dogs have grown, he has even come to embrace their differences.

A more elaborate test was necessary to parse out the various breeds that made up Marcy and Rip Wilsons’ dog, Drake. Tests to determine various breeds examine specific points in a dog’s DNA and look for signature patterns that are known to be correlated with specific breeds.

“It’s just like when people say, `Where’d your ancestors come from?'” said Elaine Ostrander, who helped develop one such test while searching for genes to study cancer in dogs at the Fred Hutchinson Cancer Research Center in Seattle.

The result is a blood test that can detect DNA contributions from 134 recognized breeds. Mars Veterinary will begin selling it through vet offices in July under the name Wisdom Panel. The Wilsons used a $65 Canine Heritage Breed Test from MMI Genomics Inc. of Davis, Calif. The test looks at 96 points and can identify 38 breeds that encompass 75 percent of all dogs.

“We always thought he was a border collie,” Marcy Wilson said. “If we go anywhere near the foyer of the house, he will come from whatever room he’s in and try to herd us out the door.”

While they waited for Drake’s test results, the four family members placed $1 bets on his true heritage. “We were all guessing border collie, chow and lower levels of lab and spaniel,” Marcy Wilson said.

They were right about the Labrador and spaniel genes, but none of them expected that the test would conclude he was more Siberian husky than anything else. After the results came in, Rip Wilson spent hours reading up on huskies to better understand his dog’s true nature. In retrospect, said the biotech executive, the family shouldn’t have been so surprised. Drake’s proclivity for digging holes near the backyard azalea bush turned out to be a characteristic husky trait.
And that’s not all. “He adores the snow – he’ll just hang outside in the snow for hours,” Rip Wilson said. “I never clued in on it.”

How Can You Test Your Dog?

Testing your lovable mutt will cost $65 plus $6.95 shipping and handling. You can order a test from the company’s website, www.canineheritage.com. The test kit should arrive in 3-7 days. You will collect the DNA sample at your house by following the simple directions. (You will not need to go to your veterinarian’s office — you do it yourself!). You will receive a soft-bristled brush which you rub on the inside of your dog’s cheek to collect cells. There is video footage of this procedure on the website if needed. You will also receive written cell collection instructions with the test. Then, you simply submit the swab sample back to MetaMorphix in a pre-paid envelope, and results will be returned in four to six weeks.

Results
The company has genetically identified and certified 38 common, canine breeds. If any of these validated breeds are present in the composition of your mixed breed, they will be listed in one of three categories:

“Primary” — Primary breeds make up 50% or more of the dog
“Secondary” — Secondary breeds are easily recognizable but not part of the majority
“In-the-mix” — “In the mix” are present at a very low but measurable percentage.
Perhaps the only con of this exciting scientific development, if your dog has DNA of a breed that is not yet validated, it will not be listed. However, MetaMorphix’s compilation of validated breeds is quite extensive and covers most breeds commonly found in mixes.

The results will be printed on a frame-quality “Certificate of Breed Analysis”. This certificate can also include a picture of your dog if you email MetaMorphix a digital photo in .jpeg format. Visit the website for complete instructions on emailing a photo.

The 38 validated breeds are the following:

MetaMorphix expects to expand this list in the future as they genetically certify more breeds.

Here is a story about the lab that will test your mutt and tell you what his breeds are? This video follows a young couple with two mix-breed dogs trying to guess what the answers will be once they have the DNA tests back. Can they guess accurately? Find out!

With the increasing popularity of “designer” dogs, this DNA test will surely continue to be an exciting phenomenon for mixed breed lovers everywhere.