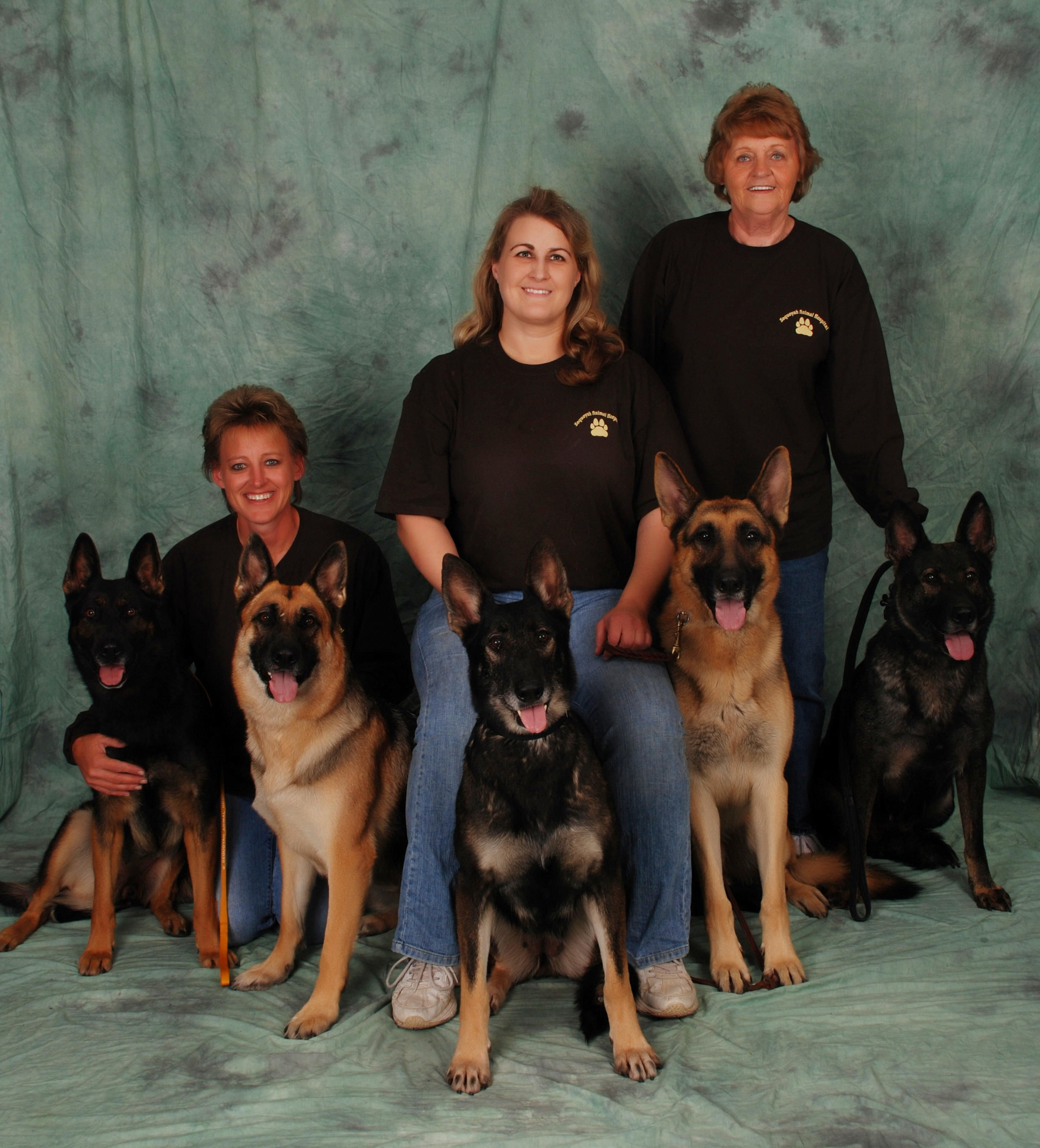 Sequoyah German Shepherds started from one person’s love of a great breed of dog but it has grown into so much more. When I raised my very first litter of Shepherds, I would have never thought that it would have grown into what it is today. I have been very fortunate and God has blessed me in many ways to allow Sequoyah Shepherds to become what it is today. I started raising Shepherds in 1997 and at that time, I was only raising a litter or two a year. Being a veterinarian, the most important thing to me at that time was hips and orthopedics.

I was extremely fortunate to find the female that I did, Gretchen. I purchased her in 1996 at almost 2 years of age and at this time, September 09, she is still with me. I last xrayed her hips in 2008 and she had beautiful hips even at 14 years of age. Her offspring out of her first litter PennHipped in the top 20% of the German Shepherd breed, some of them even after 10 years of age. I have used her genetics as part of the building blocks for my breeding program. We have not yet perfected our orthopedics but have been very, very pleased with most of the hip scores we are getting in the program. 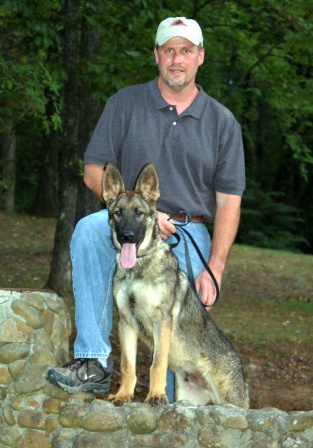 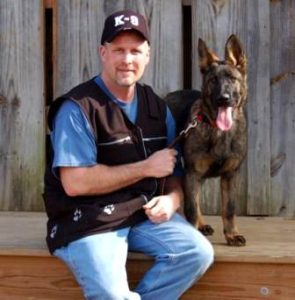 In 2006, Sequoyah Shepherds really started its first main expansion. I met Tom and Kathy Cawood and Shari and Marah Steven. I met Tom after he and Kathy contacted me about purchasing a German Shepherd. Tom was looking for a German Shepherd with which he could do some advanced training. After years of breeding and raising Great Danes, Tom was ready to branch out and find another breed with a little more speed & agility. He was looking for a new niche with his dog training & I was looking for a good trainer. Tom ended up purchasing a wonderful male Shepherd from me out of Raven & Logan’s very last litter, Turbo. Turbo & Tom hit it off from the start.

They trained regularly and I was very impressed with Tom’s expertise with K9’s. He & I found ourselves training together regularly and even had an occasional friendly competition – “my dog can do this, what can yours do?” It wasn’t long before the two of us joined the SDA (Service Dogs of America) in Chattanooga. The club was in its founding stages and we both enjoyed helping build the fledging club. In fact, we both now hold offices within that club. Tom became the SDA Chattanooga’s first and current Vice-President & I currently am holding the office of Secretary. 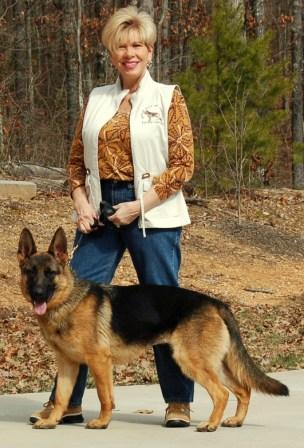 Through Tom, I got to know Kathy, Tom’s wife. She is an absolute dear! Everyone loves her! Kathy, too, is an exceptional dog trainer. She currently owns a toy poodle that can put both Tom’s and my dogs to shame when it comes to flashy obedience. And, that same little poodle can herd chickens with the best of the herding breeds. (If you ever meet Kathy, ask her about her chicken chasin’ days!) 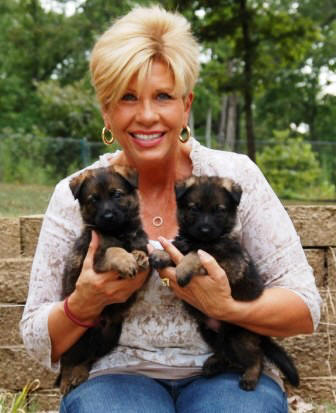 Anyway, Kathy, at first was not as gung-ho on the higher drive Shepherds that Tom and I were working with. Tom and I had begun looking at purchasing some of the import Shepherds, particularly the Czech lines, with which we hoped to expand the breeding program. We both are extremely partial to the dark, black sable colored Shepherds. Kathy, on the other hand, likes the showier lines with the black and red coloring. So, it became a good balance for Sequoyah. Kathy tends to focus more on the obedience but has recently expanded into protection training as well. Kathy is an absolute angel and is more than happy to help you in any way she can. I am currently trying to get her to retire from her present job and go to work for me but so far I can’t seem to talk her into the pay cut! 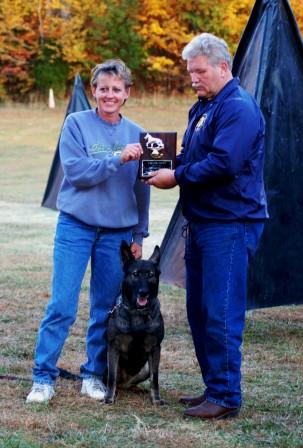 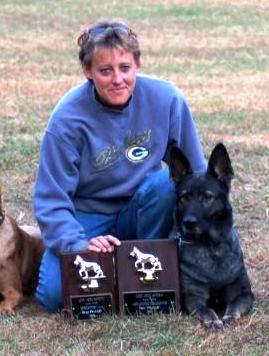 Shari Steven also joined Sequoyah Shepherds in 2006. Shari is the go-to-girl. She has been instrumental to me in more ways that I can even begin to explain. Without Shari, Sequoyah Shepherds would not be what it is today. Shari moved here from Wisconsin, a fact that we tease her about regularly but she manages to put up with our teasing. I met her when she began working for me as one of my technicians at the hospital. She was a QUICK learner and we soon found that their was no limits to her talents. She became the one that we went to for everything – she can handle not only dogs and cats, but she apparently is a great painter, can repair just about anything (that isn’t related to computer or electronics), and is an all-around do-it-yourselfer. It wasn’t long before I asked her to start working for me as my personal assistant. This meant that she spend a considerable amount of time at my house with my dogs. She & the dogs hit it off right from the start. It wasn’t long after that she asked me about getting a protection dog for herself. You see, Shari also has a daughter, Marah, & though they have a lab & a Golden, neither of them afford the level of protection that Shari was looking for. It was from that point that Uny was brought into the Sequoyah fold. 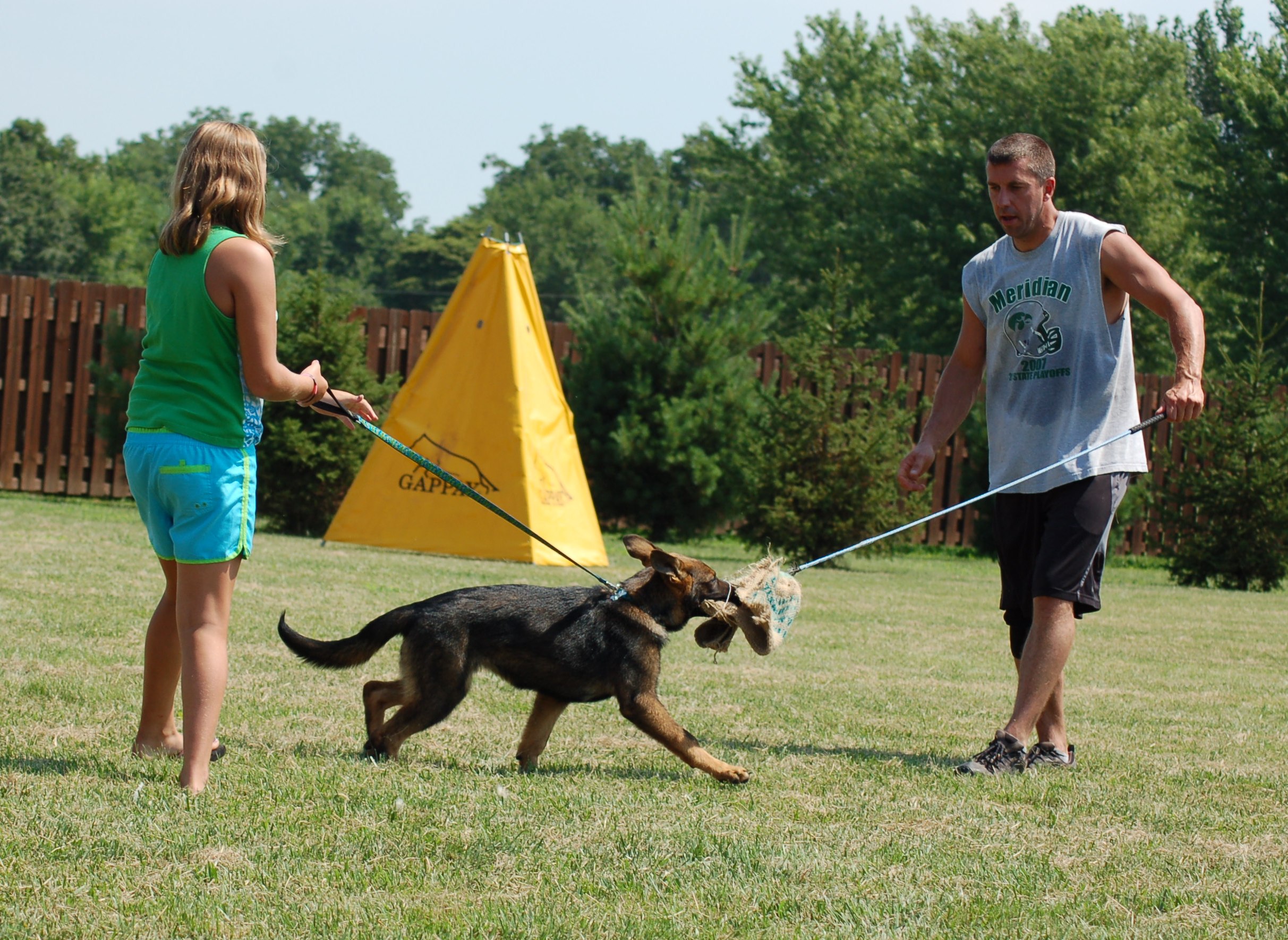 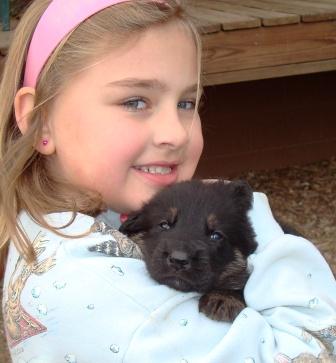 Little did we know, but that single act would pave the way for another expansion for Sequoyah. Not long after Uny was purchased and began competing, Shari’s mom, began showing interest in having a Shepherd of her own. She started going to training with Shari, Tom, Kathy and I, and before we knew it, we had added Bonnie. Bonnie became Jean’s pride and joy. She, too, has some little dogs, 2 Maltese, but Bonnie is the one that she shows off. More recently, we have also sent Tigress to live with her and now she dotes on both of them. To hear her tell it, both of those dogs walk on water! Speaking of water, Jean takes them swimming together every nice day they can and Tigress and Bonnie have since become great friends. They are both thoroughly spoiled. They get to sleep inside every night and spend the days frolicking in the fields, chasing kongs, balls, sticks, and anything else that they can get Jean to throw. They occasionally work too, but if you asked them, I am sure they wouldn’t change a thing 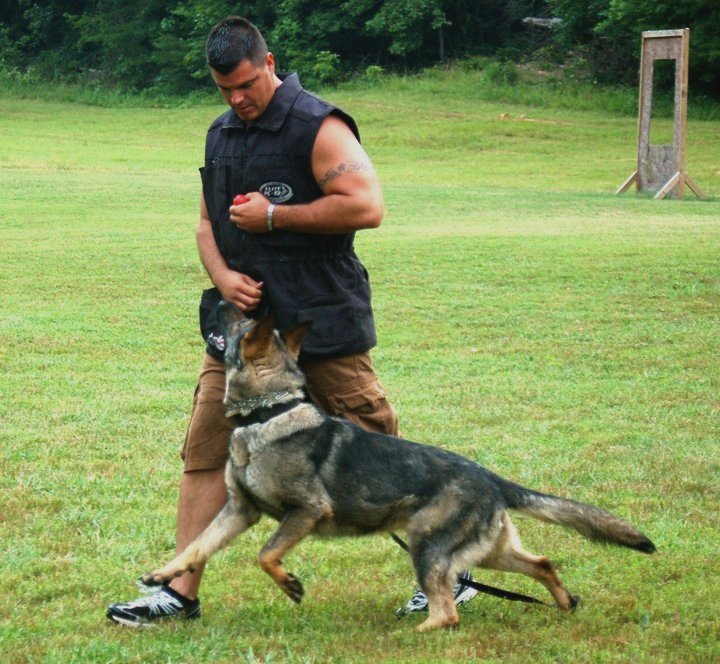 In 2010, we were pleased to be able to add Sergeant Dennis Trzcinski of the Milwaukee Police Department to our team. Dennis is an excellent trainer and is located in Wisconsin. With him joining our team, he is able to provide training and assistance to many of our puppy people located up near his part of the country. He does an excellent job with both obedience and protection training. He is an SDA certified judge and decoy and is often called upon to do judging for SDA events throughout the country.

Dennis’s son, Allen is proving his merit as well. He too, is turning into not only an excellent assistant trainer but has a natural knack for decoy work as well. Check out his pictures! He is amazingly good. If he stays with it, he might just be some hard competition for his dad!

With all of that being said….

SOME OF THE DECOYS THAT WE ARE PROUD TO WORK WITH HERE AT SEQUOYAH:

In some form or another, I have had the opportunity to spend my entire life around protection dogs and working dogs. My father owned a warehouse when I was growing up, and we had security dogs for the warehouse as well as for our home. I have also had the opportunity to spend a great deal of time with friends who use and train dogs for bear hunting, hog hunting, and bird hunting. At age 10, I was introduced to falconry, which is the art of hunting with birds of prey. I spent the next ten years learning alongside some of the greatest falconers of our time and, in turn, developed a unique understanding of prey drive (and drives in general).

I am blessed to have had the opportunity to experience the world of working animals in such a unique way and, with the addition of my schooling, have subsequently developed a unique and progressive training theory that is both fair and effective. I believe there is much more to protection work than “just a bite,” and I strive to help each dog and handler team reach their full potential.

Here are just a few of my accomplishments:

And to think, this all started with one girl and the love of this one dog……. 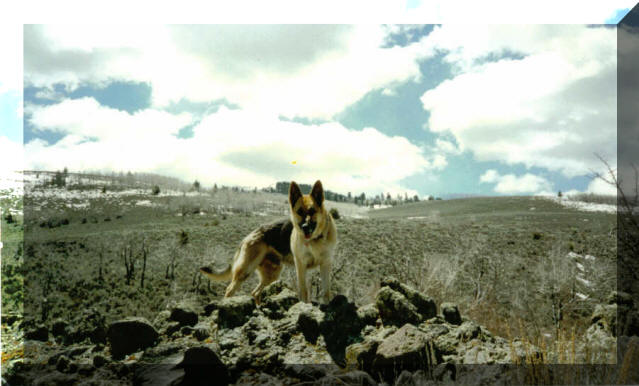 Candid Shots of Our Sequoyah Team