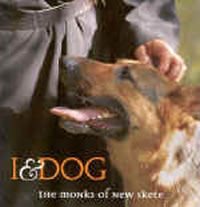 Rev. Laurence Mancuso, the founding abbot of The Monks of New Skete, whose hilltop monastery in upstate New York is renowned for breeding German shepherds and teaching a holistic approach to dog training, has died in Framingham, Mass. He was 72.

Rev. Mancuso, who retired in 2000, died June 10 of complications from injuries suffered in a fall, said Brother Stavros Winner, one of the six monks who, in 1966, helped Rev. Mancuso revive a small farm in a valley outside Cambridge, N.Y., 50 miles north of Albany.

At the time the monastery was founded, the monks were members of the Roman Catholic Church but later joined the Orthodox Church in America.

In 1969, a kennel in Morristown, N.J., donated a German shepherd to the monastery. But one winter night, the dog ran away. The monks had become so attached to the dog, Winner said, that they soon replaced it with two others, then began breeding more.

With Rev. Mancuso’s approval, the brothers studied veterinary medicine, animal nutrition and breeding. The monastery’s pack of German shepherds continued to grow, with one dog at a time assigned to each monk for training.

Largely through word of mouth, but also because of newspaper articles, New Skete German shepherds became so popular that by 1998, buyers were willing to put their names on a two-year waiting list to pay $1,000 for a pup. Other people paid $800 to have their own frisky pets trained by the order.

The monks wrote two books and are featured on a television show, “Divine Canine,” on the Animal Planet cable channel.

Among the monks’ dog-training tenets: Cuddle and massage a pet as much as possible from the time it is born, and even sleep with it.