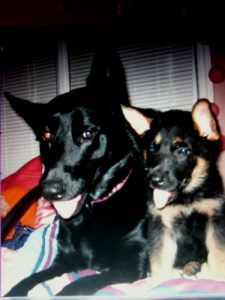 That would be fine. Jupiter Sage is now Jake. We are enjoying him. We get a lot of comments when we are out and about with him. Last week he weighed about 41 pounds. But he still needs to grow into his ears and feet. His energy level was not what I expected. He can get wound up but he can also settle down quickly which is nice. We have an Aussie that is submissive and he can become very focused on her. When he gets excited and is playing he can get mouthy. He also likes to chew on things. He likes empty plastic water bottles that make a lot of crunchy noises. We have to be careful because outside he will pick up small stones to chew and eat.

We are starting a beginner obedience class this week. I am looking forward to it. He has been doing well with the basics we have already started on. He is fairly responsive, but he definitely has a stubborn and independent streak. I would be interested in the results of the temperament testing you did with him.
Health wise he is doing fine, although he has gotten car sick several times when my wife has taken him on car rides.

Again we are enjoying him, and need to come for a visit and training. I need to send you some pics. 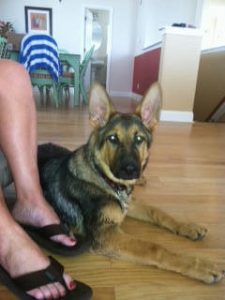 Jax is wonderful…all puppy and Shepherd! We need to do some work on walking on a leash as he is a puller but otherwise he’s great. Easy to housebreak, no problems with being in his crate or outside kennel. Very friendly with EVERYONE and likes all dogs…even tries to play with the bears in our back yard! Active but not too active and his little boy behaviors are fairly easy to correct. He seems to enjoy every ones company but hasn’t really attached to any one person. No health problems….. Oh almost forgot – he is HUGE. I think he is going to be over 100 pounds and he is absolutely beautiful. He isn’t showing many protective qualities yet. He is very verbal and appears to try to talk to us but doesn’t bark or become concerned when people come into the yard or to the door. I’m sure that will change as he matures.
Take care,
C

Update 1-23-12:
I purchased Jax last feb and he is the best dog we’ve ever owned. Actually sleeping beside me as we speak……

Jax turns a year old next month. He walks off lead, is great w kids and other dogs. He fearless in new environments. Travels great. No problems hanging in downtown Charlotte or spending a night in a hotel room. Jax is the perfect family dog. Here are some recent pics.

Just sent U 3 more pics. Don’t think they went through w first email. Also pics don’t really do him justice. He is a very big beautiful boy. I also think he speaks human. We hav done some very basic obedience w him and I’m consistent w household rules but that has been the extent of his training. He has a strong desire to please and b part of the family – boy hates to b left out. When I picked him out of litter you were afraid he would b too high energy. He is active and large which sometimes makes him seem more active but he is not hyper. We just returned from a weekend trip and he was so silent for the 3 hr car ride that I forgot he was w us. 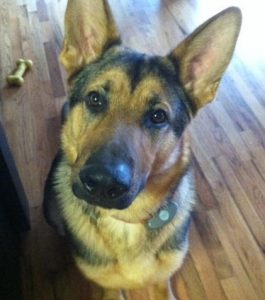 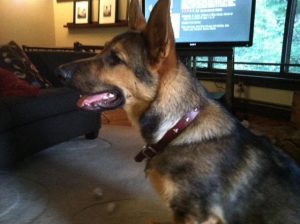 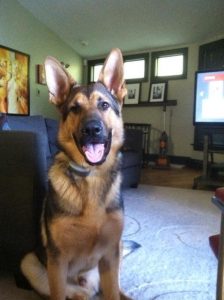 Jax turns a year old next month. He walks off lead, is great w kids and other dogs. He fearless in new environments. Travels great. No problems hanging in downtown Charlotte or spending a night in a hotel rm. Jax is the perfect family dog. 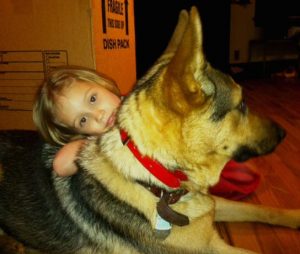 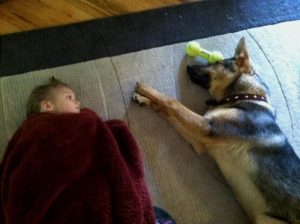 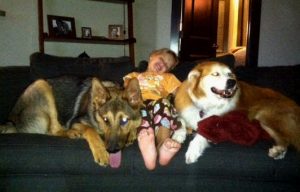 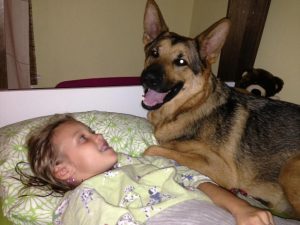 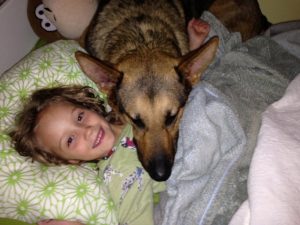 Hi! Just wanted to send an updated picture of Nash (Joey). We just celebrated his birthday on 2/7. He is doing fantastic but my husband wants to call you soon with some training sessions. My husband is an outdoors guy and he likes to target shoot at cans and stuff and Nash likes to stand by his side until he shoots a can and it falls then Nash will chase after it. He loves to smell/sniff the ground while he is outside also. He stays inside with us, however he spends a lot of time outside with my husband and I. He still loves children and gets along great with our nephews. He is a great dog! I attached a picture from is birthday, I bribed him with the tennis ball and some treats to get that hat on him!! 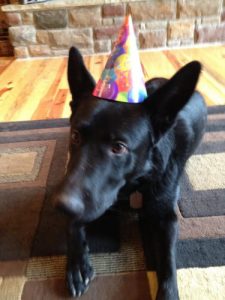