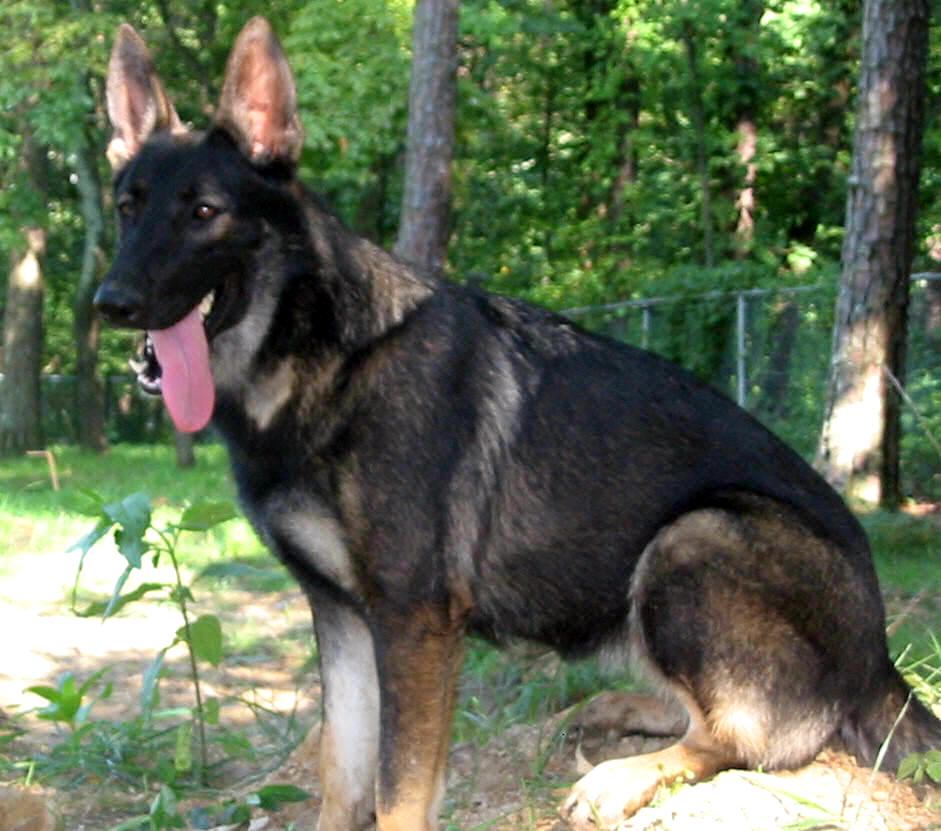 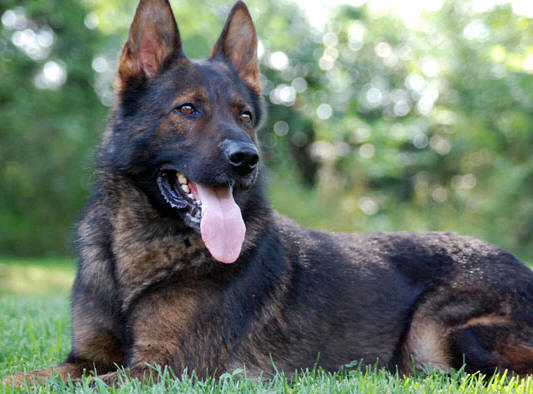 Raven was bred to Tárnoki Felvigyazó Quamatz and the puppies were born on November 23, 2010.  Feel free to check back periodically for updates and pictures.

Raven is by far, my most proven female.  She consistently throws solid, healthy pups that are known for their ease of training and superior hip scores. Raven is a third generation Sequoyah female. Her grandmother was my foundation female. This foundation was first and foremost build on hips, health, and orthopedics.  At 8 years of age, Raven is still capable of going over my 5 and 6 foot fences. She does not climb them — at 72 pounds, she jumps 5 feet in the air from a flat stand still. She has the grace of a cat and her landings are effortless.

Raven tends to throw large, blocky males, with solid square heads.  Oddly enough, she herself has a more narrow head.  She is a heavy boned and well muscled female and tends to add size to her males pups, while often, the females are only average sized out of her breedings.  This fact has been very beneficial in that she has produced several Search and Rescue females (in which size, health, and ball drive are all key features). Her pups also tend to be excessively dedicated to their owners.

By breeding her to Quasi, we expect to produce large pups with strong red pigment.  We expected athletic pups with large heavy bone.  We are anticipating an improvement on genetic bites (a weakness of Raven), a serious tough side with some civil.  Both dogs have good ball drive (with previous pups of Raven often being fanatics).  The pups should be very social and self confident, easy to train and have a good work ethic.  We are currently planning on keeping a pup or two ourselves out of this breeding.

Both parents have very solid dispositions and are known to produce this same dependable attitude in their pups.  They are healthy, strong dogs with great hips producers.  The pups should make good family or working dogs.

This litter is being bred in February for:

Customize your own free digital scrapbook 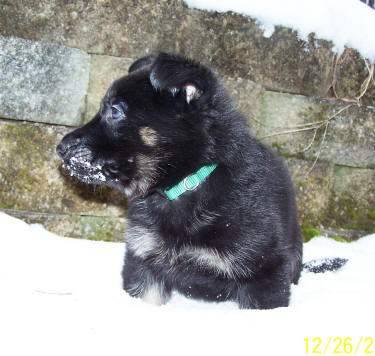 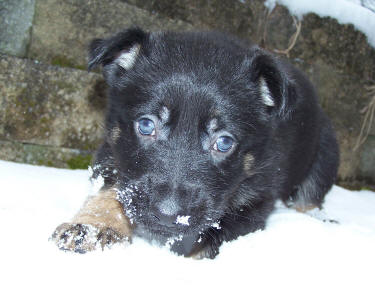 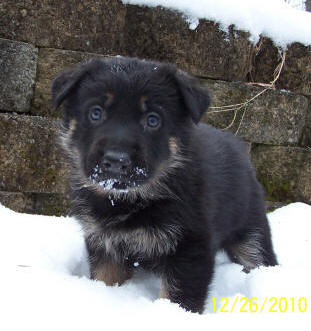 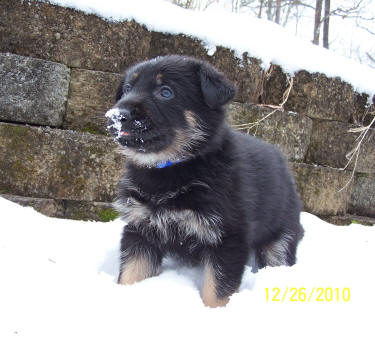 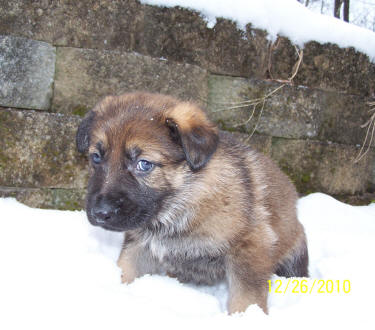 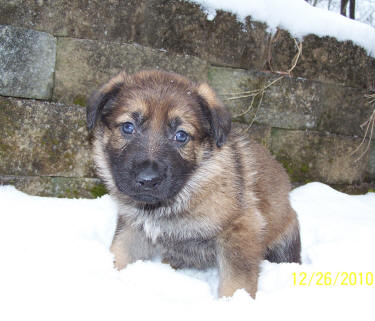 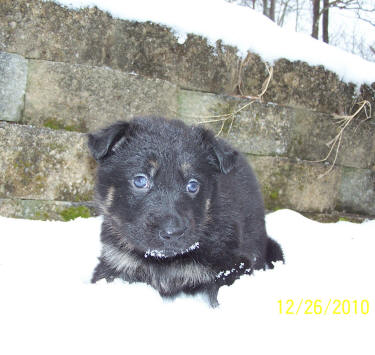 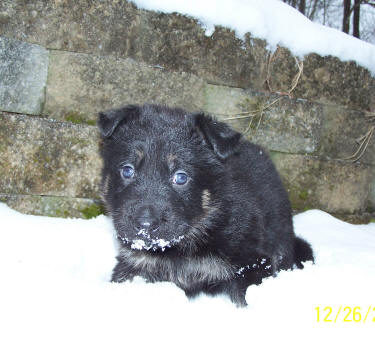 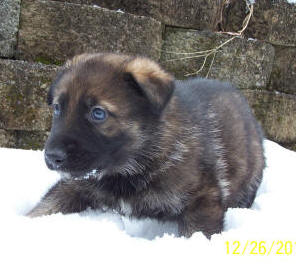 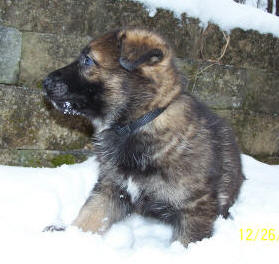 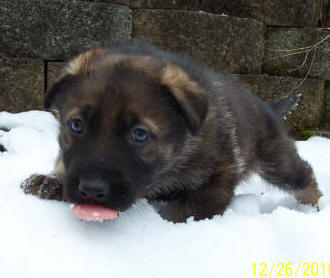 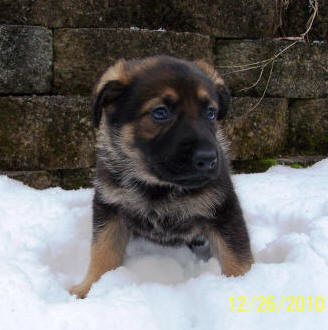 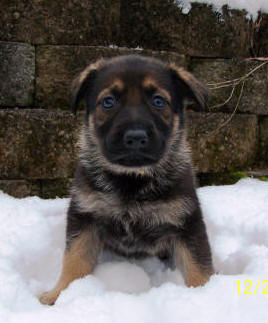 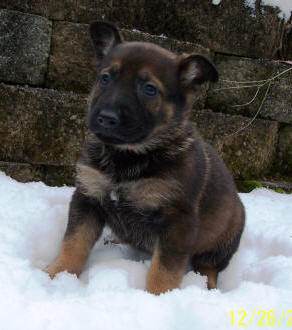 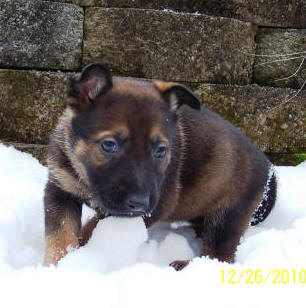 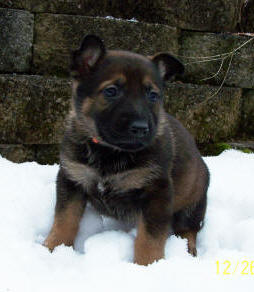 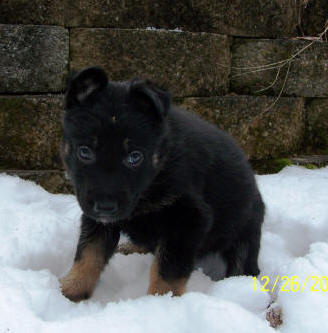 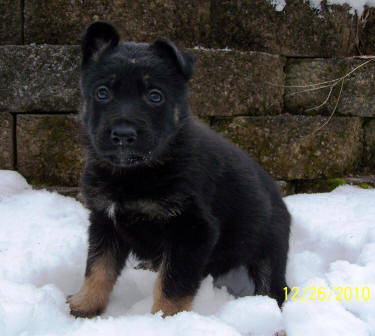 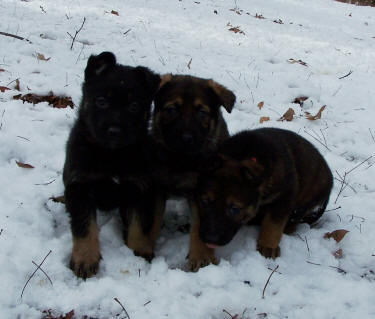