They are all SOLD 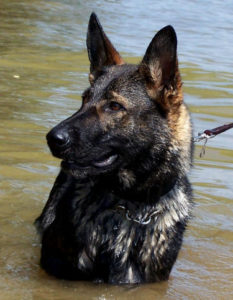 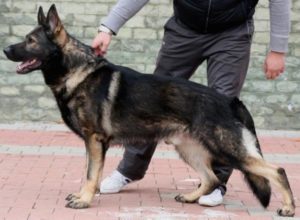 This is the “T” Litter

Moira is a nice working female with good drives and desire. She is a very VERY nice sport dog who is more than willing to commit fully to the work, but, the best thing about her is that she can turn it off too. She is very solid in her nerve – she doesn’t let anything bother her much. She is GREAT with people showing no hesitation around strangers. She is also trustworthy with kids as well. The one complaint that I can see with her is that she is NOT great with other dogs. She is a very dominate female and likes to “throw her weight around”. (And, she is a pretty good sized female.) We will be carefully watching for this trait in her pups but as of yet, they seem to be very social and good with other dogs. We are carefully choosing males for her that are NOT Dog Dominant.